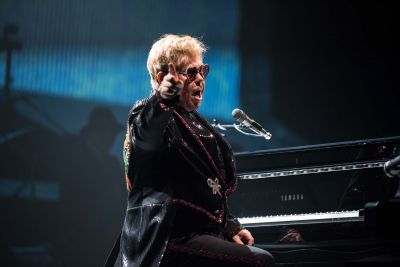 Taking the audience on a magical journey through his career, this first show of more than 300 scheduled featured some of Elton’s most beloved songs from his legendary catalogue including Bennie and the Jets, Rocket Man, Tiny Dancer, and Philadelphia Freedom. Elton’s music has taken him to many places, opened many doors and inspired many passions in his life. The audience experienced a rare glimpse into Elton’s life and the deeply personal meaning behind some of his greatest hits, with mesmerizing, never-before-seen photos and videos shown throughout the show from his incredible 50-year career.

Even before Elton played his first note, the sold-out audience was oohing and aahing at the enormous new stage, complete with a 66-foot wide/29-feet tall HD video screen that serves as a sort of time portal and is surrounded on three sides with occasionally back-lit reliefs from throughout his career.

It was a case of “spot the iconic moment” for expectant audience members, as they picked out images representing moments in Elton's career: the Tommy “Pinball Wizard” boots; Elton with Leon Russell on The Union album cover; and Elton’s star on the Hollywood Walk Of Fame, to name but a few.

“Good evening, Allentown, and welcome to the very first show of the Farewell Yellow Brick Road Tour. This is quite a night for us and for me especially because it’s been two and a half years in the making and thinking about. I hope you enjoy what we’re going to play for you and show you. Thank you all for buying a ticket and coming to the show.”

For two hours and 40 minutes, Elton – twice alone at the piano, once with just percussionist Ray Cooper, and the rest of the time with the band – took the PPL Center audience down the path of his career, often accompanied by newly-produced videos on the screen behind him: one a poignant black and white montage of Elton’s musical, political, sporting, and personal heroes throughout his life (Aretha Franklin, Lech Walesa, Princess Diana, etc.) set to Border Song; another a high-energy modern-day version of Soul Train behind one of the songs he performed on that classic television show in 1975, Philadelphia Freedom.

Perhaps the most surprising and emotional video for Elton’s die-hard fans was an animation of Alan Aldridge’s Captain Fantastic And The Brown Dirt Cowboy album illustrations behind Someone Saved My Life Tonight, which Elton dedicated to his long-time friend and current Artistic Advisor Tony King. The song was delivered with particular passion on the evening and the screen display acted as if the 1975 album cover had come to life.

Later in the evening, Elton continued to honour his followers both old and new with the video for Crocodile Rock. After an on-screen hand-written note, “This song is dedicated to MY FANS!! Love Elton”, the screen was populated with hard-core devotees cavorting around with their memorabilia in footage shot over the summer...interspersed with close-ups of the current audience singing the “La la la la la’s”.

Even fans who had seen Elton perform multiple times over the past five decades witnessed something Elton has never done before in concert: during Candle In The Wind, Funeral For A Friend and Goodbye Yellow Brick Road, Elton played and sang as his piano moved slowly across the stage, from its usual stage right location to downstage left and back again. Almost as a way of sharing all of him with all of them on this farewell tour, Elton was for the first time able to make eye contact with audience members on both sides of the venue.

Three Gucci costume changes and 24 songs after beginning the concert, Elton waved farewell to the audience as the band continued to play out the tour's title song. He had played the hits and the deep cuts. He had explained his reasoning behind coming off the road ("I have the most beautiful family and I really need to spend more time with them."). He had given multiple shout-outs to his lyricist of 51 years, and audience-member for the evening, Bernie Taupin and he had dedicated Don't Let The Sun Go Down On Me to recently deceased rapper Mac Miller.

The only thing left to do was thank the audience:

Rocket Club members have access to an exclusive gallery of images from each night of the tour.

Visit the Tour Gallery and log-in with your Rocket Club email address to access the first gallery - Allentown, PA. 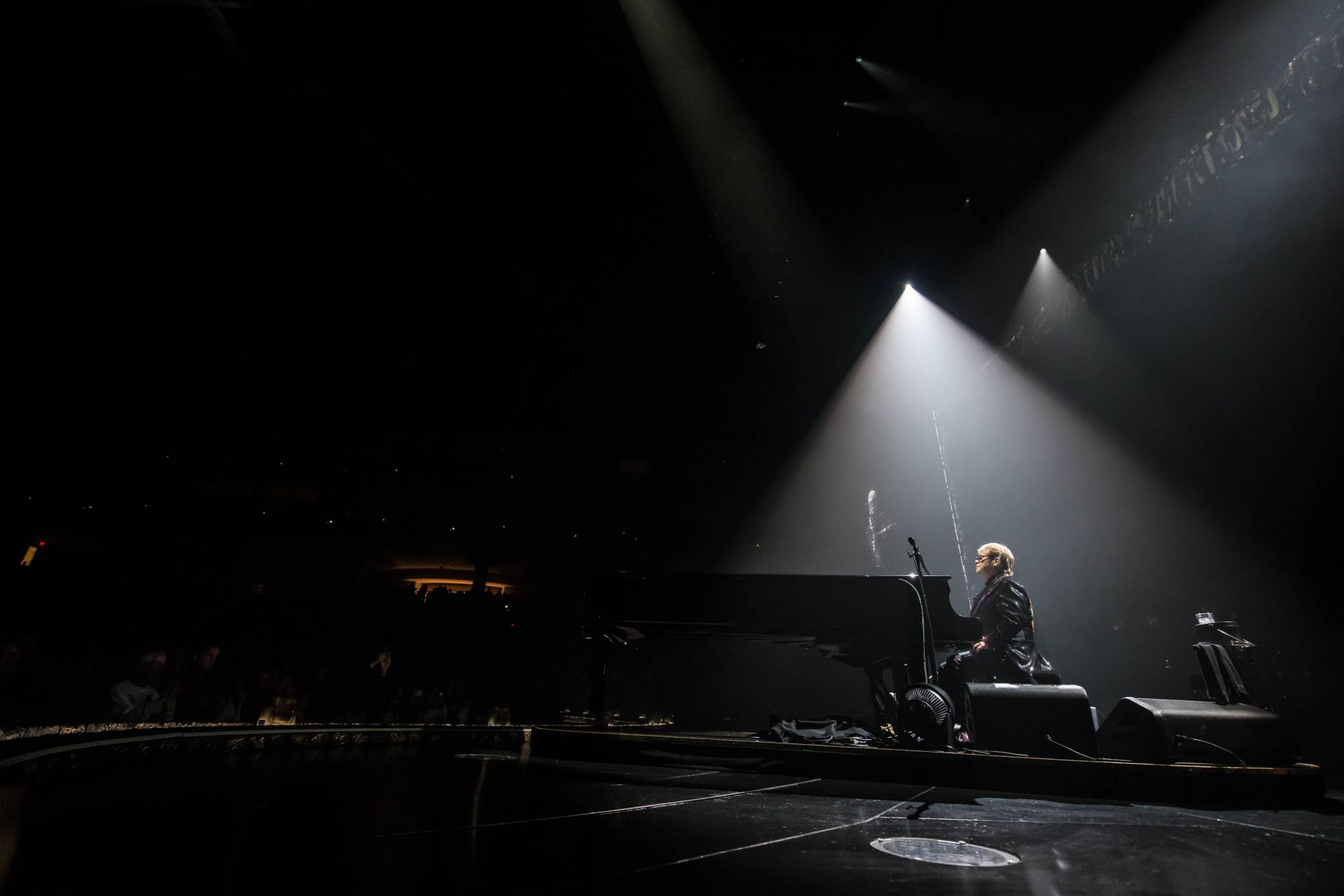 ★   Indian Sunset, a holdover from the recently concluded Million Dollar Piano residency, was a late addition to the set list. This was the first time this song had been performed outside of Las Vegas since May 2011 and the first time it was included in a full-band tour since February 1972!

★   The piano Elton uses from his collection of seven touring instruments is Nina – named after Nina Simone. Kay (Cavendish) is on hand as backup piano, if needed.

★   There are a bunch of new camera angles on this tour: one to the left side of Ray Cooper, a few above the stage looking down, one off of Elton’s left shoulder, giving audience members a reverse angle, and one at the end of the piano, looking back at Elton, providing an intimate full-front view of his face as he concentrates on his piano solos and vocals.

★   Bernie Taupin was in attendance, and mentioned often by Elton during the song introductions, but did not make an appearance on stage.

★   Brandi Carlile’s album By The Way, I Forgive You was playing as the audience arrived and waited for the show to begin. It is Elton’s favorite album of the year and has been heavily featured on his weekly Rocket Hour shows on Apple Music's Beats One radio.

★   After the concert is over, the stage screen shows a movie-style credit crawl, thanking everyone involved in the Farewell Yellow Brick Road Tour.

★   The video for Saturday Night's Alright (For Fighting) includes a variety of clips from cinematic fight scenes (going back as far as the silent film era), including Elton himself taking care of business in last year’s Kingsman: The Golden Circle.

★   Border Song was originally rehearsed with the full band, but Elton felt it would be more powerful as a solo piece. He introduced the song by explaining how thrilled he and Bernie were when Aretha Franklin covered it in 1970.

★   This was Elton's 81st concert in the state of Pennsylvania. His first was a pair of shows at the Electric Factory in Philadelphia on November 6, 1970, on his first true tour of the US.

★  Allentown was chosen as the tour opening city due to its proximity to Lititz, PA, home of stage construction company TAIT Towers. 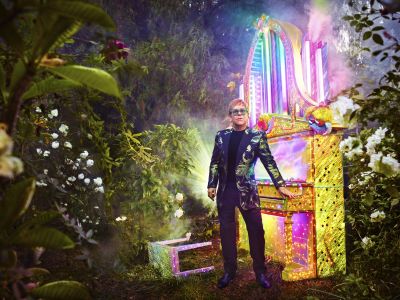 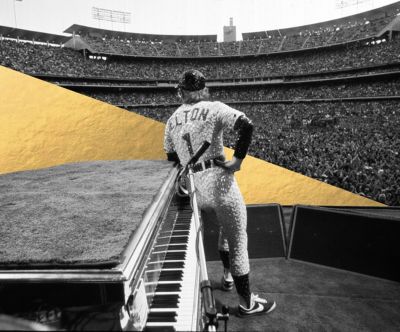