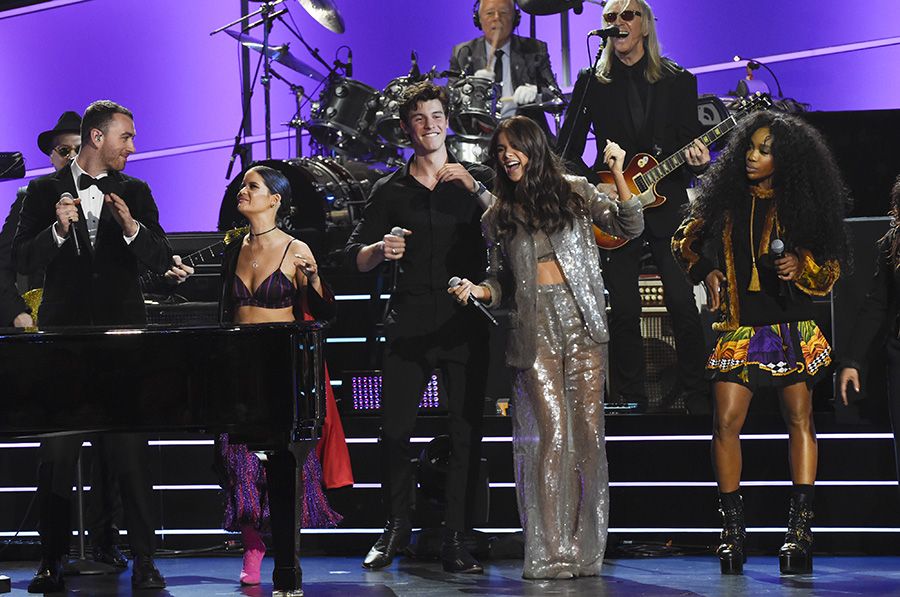 Tuesday night’s broadcast on CBS of I'm Still Standing - A Grammy Salute was recorded in front of a sold-out audience at the Theatre at Madison Square Garden on January 30, 2018. The result of months of preparation, the concert showcases musicians from multiple genres performing classic songs made famous by Elton. Many of the artists treated the crowd to their covers on the new albums, Revamp and Restoration.

You can watch some clips of the show in the video below, or watch the whole show back on CBS.com.

Watch the show on CBS.com

Elton’s band, with Adam Chester sitting in on piano, backed the various artists on the evening as they performed in front of Elton, Bernie, and their spouses, who were seated in the front row. Elton later took to the stage himself, to perform a medley of his hits, accompanied by the stars who had turned out to honour him.

We spoke with Adam about the rehearsal process for the ambitious show, and about the concert itself. 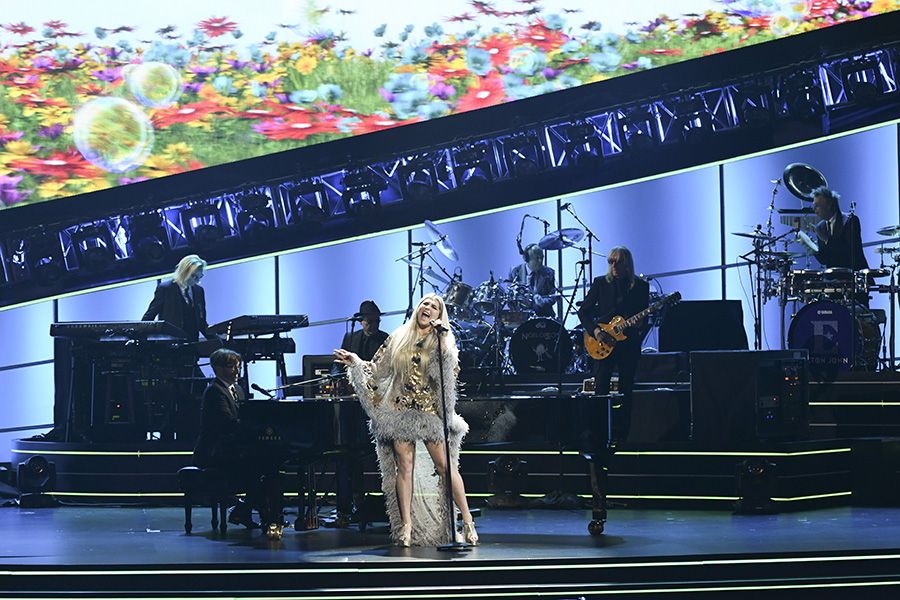 EltonJohn.com: When did this project begin?

Adam Chester: I think it was back in October of 2017 when Davey started working on the Grammy Salute show and then I started getting the [Revamp and Restoration] songs to listen to in December.

It was exciting to hear what these artists did to make these classic songs their own. Some chose to sing in different keys, while others sang the songs fairly close to the originals. Yet every single one of them made the music sound brand new!

We had no idea that a couple of the artists even recorded their versions a few years back: Ed Sheeran and Chris Martin did theirs in the studio a while ago. But, for example, Kesha, who isn’t on Revamp, first got to sing Goodbye Yellow Brick Road with the band in our LA rehearsals which began in early January of this year. She was so honoured to be doing this for Elton that she didn’t want to stray much from his version. But the band and I were all so impressed as she glided up and down that melody, giving the song such a haunting, yearning sound. It was stunning.

We had about two weeks of rehearsals for all of the songs and then John Legend, Kesha, and Keith Urban joined. Keith played an unreal version of Levon. Unfortunately, he got super sick and wasn't able to fly out to NY for the show. We were all quite disappointed as his version would have been so cool to play live.

John Legend came in to rehearse Don't Let The Sun Go Down On Me and immediately went straight to the piano. Davey told him, “You can ask Adam any of the chords of the song if you need” and I was super excited at the notion of helping John Legend. But seriously? I literally sat in a corner and thought, “Okay, I think he’s got this.” He’s just such a pro. Give him a keyboard and a microphone and off he goes. He just oozes confidence. It’s not cockiness... just pure confidence and connection. 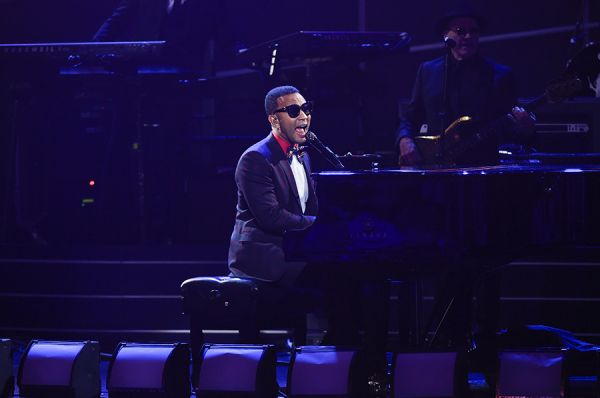 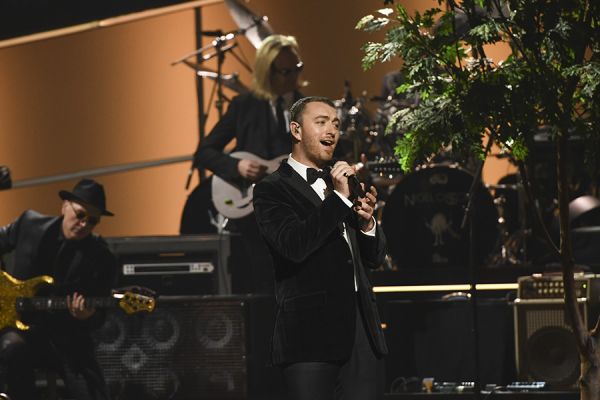 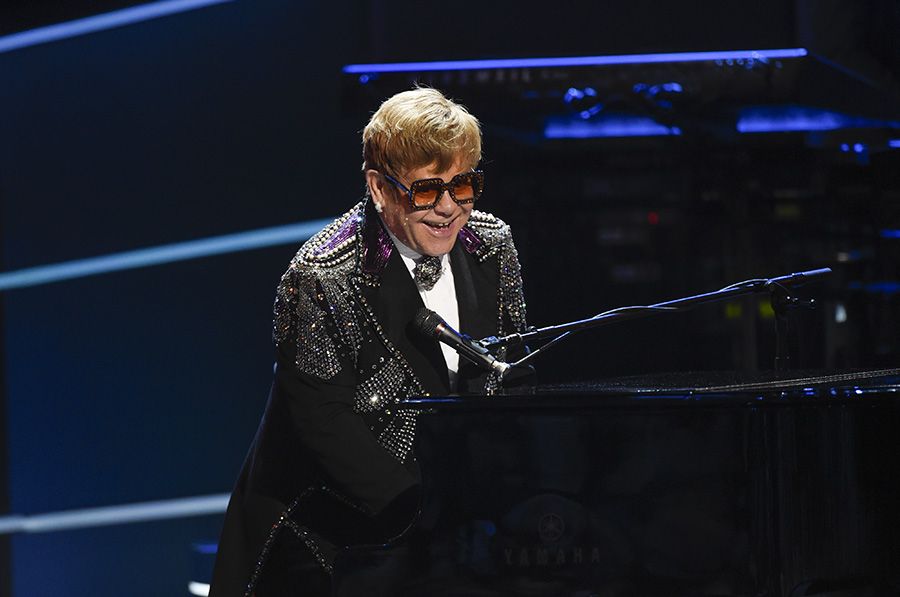 EJ.com: And then you had more rehearsals closer to the show date?

AC: For the artists who weren’t able to be with us in LA, we rehearsed with them for the first time in New York days before the show. Thursday, before the Grammys, was the first rehearsal there. We were busy from noon to 7 that first day, playing the songs for these guys and running them through for the first time. There was a lot going on. They were busy, busy solid days.

I can’t say enough wonderful things about everybody who was a part of this. Really everyone was so into it and that’s what made this so terrific. The rehearsals had the kind of vibe where everybody was just happy to be there and to be a part of this. Nobody was playing any ego cards. Ed Sheeran, Sam Smith, Miranda Lambert… they were all so in awe of the band and playing with them.

And you have to understand, there I was, in awe of playing not only with these fabulous artists but with the band as well! I mean what I do is typically behind the scenes so this was the first time I was getting the opportunity to play piano with the band not only live on stage in front of people at the Madison Square Garden Theatre, but in front of Elton and Bernie as well! I had to double up on my Lexapro.

I have to say, everybody at the rehearsals was joking and talking and hanging and all of the fun stuff that just plain old musicians do. Nobody was a superstar in that room.

Lady Gaga was amazing. She changed the key [from the original] and brought out a couple of hooks in Your Song that had never really been emphasized before.  But she singled them out on the piano and it was just beautiful. And that ending… wow.

And Little Big Town were brilliant. They came in with their own arrangement of Rocket Man and then Kim did all these samples and really did it up. We kept it pretty much the same as their version but added more of the live band element.

I think the song we assisted the most with was Sam Smith’s recorded version of Daniel. We thought it needed a little tempo and band accompaniment behind it as the recording was very sparse. So Davey had the idea to add John with percussion. And Sam loved what we did when he first heard it at his rehearsal. Sam just made that song his own. It became this heartfelt, beautiful lament.

A couple of the performers, like Ed Sheeran, only got their first rehearsals on the Monday prior to the show. But Ed said it himself – he knew that song like the back of his hand. He could play any of Elton’s songs blindfolded. There was talk, originally, of him playing Candle In The Wind with just his solo guitar and that was the plan for the first couple of months. But then he decided, “You know what? Let’s have the band in.” We were all thrilled to play along and I believe it gave the song a lot of energy for the audience and for Elton and Bernie.

Chris Martin was really sweet, and he played his own upright piano which was cool. I thought his version of We All Fall In Love Sometimes was brilliant. The string arrangement I got to conduct was stunning.

Alessia Cara really got into I Guess That's Why They Call It The Blues, especially at the end, which was great. 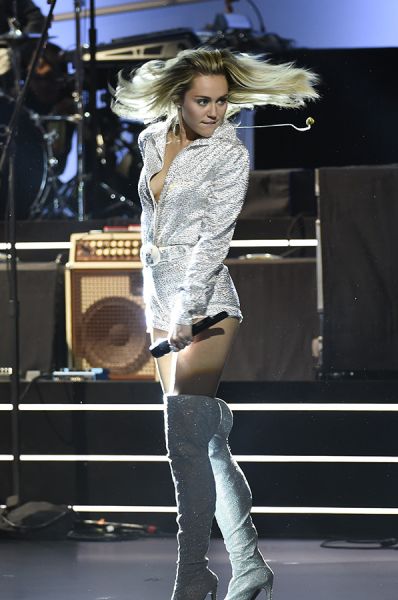 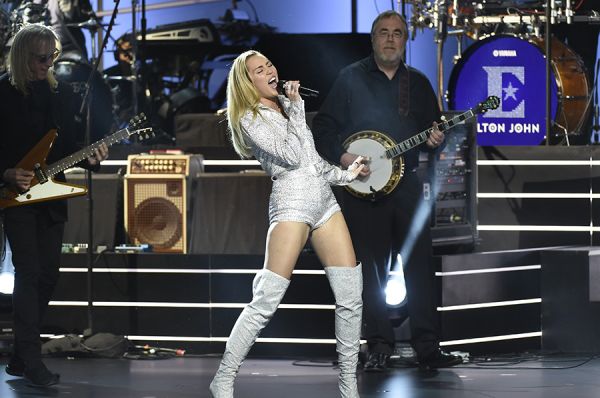 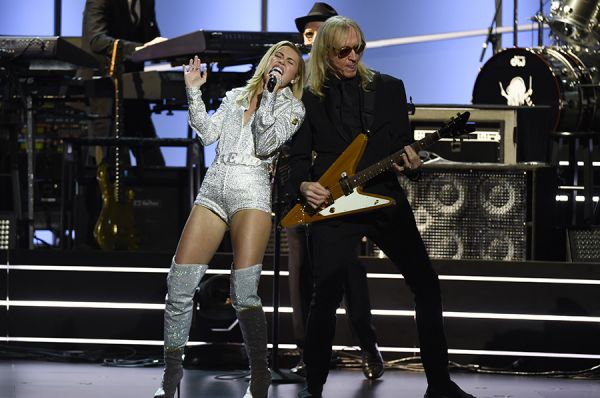 EJ.com: What were some of the other stand-out performances for you?

AC: Miranda Lambert doing My Father’s Gun was one of my favorite songs to play. It was one of the off-the-beaten-path songs and I just love everything from Tumbleweed Connection, so I couldn’t wait. I think that was the one song where during the show, I completely zoned into the piano and loosened up a bit from my nerves. I was really trying to not over-play or be crazy or anything as the piano wasn’t the focus. But I was able to get to a place where nobody was in that audience during that song.  It was just me... in front of my long mirror in my bedroom, like I used to do when I was a teenager.

Miley Cyrus is amazing. Love her energy! We rehearsed with her on the Friday before the Grammys, ‘cos we played Tiny Dancer, and she said, “If any of you have any advice on this, please let me know.” But I mean come on… she nailed it.

When we first heard her version of The Bitch Is Back, the only thing that caught us off-guard was the cow “moo” sample at the very beginning. So John Mahon sampled [Tour manager] DC [Parmet] doing a “moooo” and I think that’s what John used during the show but it’s probably something that no one would ever hear unless they were listening for it. Miley turned that song into a country hoedown kickass tune! She’s got an energy about her that just tears it up. She just totally turned it on during the show. We were like, “Holy shit!” It was a terrific first live song and it set the tone for a killer show! And again, these artists renewed these songs, proving what timeless music is really all about.

And I'll tell you a secret: we were all tearing backstage during Neil Patrick Harris’ reading of the letter Elton wrote to Ryan White on the anniversary of his death. That was so beautifully touching.

EJ.com: What did you take away from the experience?

AC: I remember that Ken Ehrlich, the Grammy Tribute producer who has done a lot of these (and other) shows and has won a lot of awards, said that this is one of the best live recordings he’s ever done. During Maren Morris’ rehearsals of Mona Lisas And Mad Hatters he walked in and said, “I want to thank you guys for making my dream come true because this is just going to be stunning.”

I can say for me? It was a dream come true. 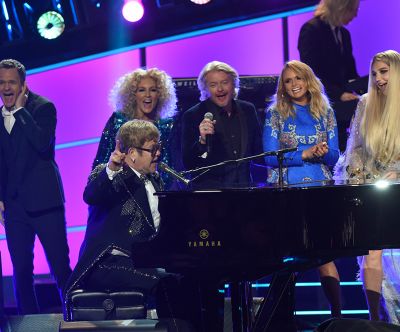 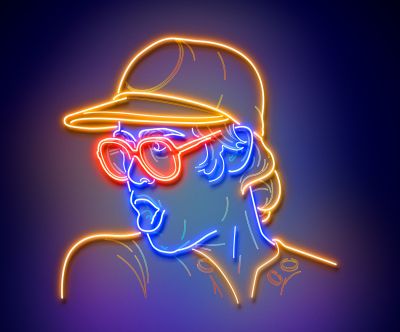 'Revamp' is Out Now! The Soundboard with Elton John