This year marks the 50th anniversary of Elton’s songwriting partnership with Bernie Taupin and we would like to celebrate by honouring Davey and Kim’s history with the duo's catalogue.

★ Kim, who joined the band in 2009, has performed on 14 John/Taupin compositions so far.

★ All of these can be found on the super-deluxe box set of Elton’s latest studio album, Wonderful Crazy Night (2016).

★ Amongst his extensive keyboard work throughout the album, Kim used accordion and dulcimer samples on Children’s Song and Free And Easy, respectively.

★ Kim has also performed 684 Elton concerts with Elton to date.

★ Davey has played guitar and/or sung background vocals on 250 Elton and Bernie songs – by far the most of any studio musician.

★ He first played on four songs on Elton’s 1971 album, Madman Across The Water, starting with Tiny Dancer and Holiday Inn, both recorded on August 9, 1971.

★ Davey has co-written 14 songs with Elton and Bernie, including the singles Grow Some Funk Of Your Own, I Guess That's Why They Call It The Blues and Wrap Her Up.

★ As of today, Davey has performed on stage with Elton over 2,800 times – again, the most of any other musician.

★ His first Elton concert was on February 5, 1972, at the Royal Festival Hall in London. 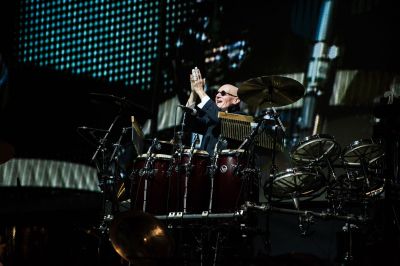 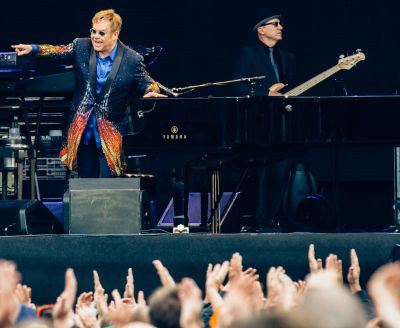 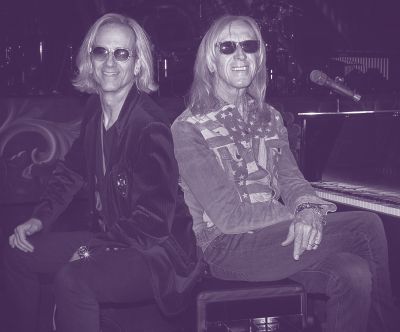