They say all good things must come to an end and in May 2018, The Million Dollar Piano will play its last show at The Colosseum at Caesars Palace in Las Vegas.

Since February 2004, Elton will have performed 450 shows at The Colosseum to over 1.8 million fans from across the world. His first highly successful five-year Caesars Palace residency, The Red Piano, played 243 shows to approximately one million people through April 2009.

The Million Dollar Piano was Elton’s triumphant return to Caesars Palace on September 28, 2011. It received worldwide critical acclaim from critics and fans alike and will have played 207 shows at residency’s close on May 19, 2018.

Elton onstage with Ray Cooper at The Colosseum at Caesars Palace in May 2012. (Photo: Joseph Guay)

The final 14 shows will take place as follows:

Elton celebrated his ruby Las Vegas anniversary — 40 years since he first played there — with the debut of this astonishing show. Aside from his band, Davey Johnstone (guitars and vocals), Nigel Olsson (drums and vocals), Matt Bissonette (bass), John Mahon (percussion and vocals) and Kim Bullard (keyboards) plus percussionist Ray Cooper, Elton shares the stage with another shining star — The Million Dollar Piano. This unique instrument, created especially for Elton by Yamaha, is an engineering marvel. It features more than 68 LED video screens and took nearly four years to construct. The piano is the perfect accompaniment to Elton’s music, displaying imagery to complement his greatest hits, such as Bennie And The Jets, Rocket Man, Saturday Night’s Alright (For Fighting) and Circle of Life.

Mark Fisher designed Elton’s 1999 Medusa Tour as well as shows, events and portable architecture for some of the most famous names in popular entertainment and sports. These include The Wall for Pink Floyd in 1980, Steel Wheels for the Rolling Stones in 1989 and 360° for U2 in 2009. His theatre shows include the West End hit We Will Rock You, and two shows – KÀ and Viva Elvis — for Cirque du Soleil in Las Vegas.

Mark, who passed away in 2013, came up with the basic concept presenting Elton as the Sun King, which is a reference to Louis XIV of France, the builder of Versailles and thus a great patron of European Baroque architecture. He remembered that, “at the first meeting with Elton I offered that he was now the King of Rock and that he should present himself as the Sun King of Las Vegas. The coincidence of this image with the Roman fantasy of Caesars Palace was no accident, and it provided the springboard for my hyper-Baroque stage set.”

Even after overseeing the films that accompany the show's songs, Screen Content Producer Sam Pattinson cheerfully acknowledges that, “all Elton needs is a piano and a microphone and you’ve got a fantastic show.” All through this project the Screen Content has been created to enhance the songs, to help them have even more of an emotional impact on the audience. “With Elton our work doesn’t need to prop up the performance, we enhance it, and we can be quite subtle in what we do. His performance is so impressive, so energising and so sincere; you can’t help but enjoy it. The show is two hours long and it just flies by — it is a truly great show.” 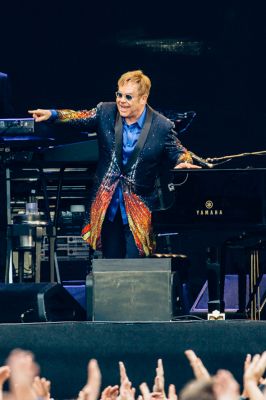 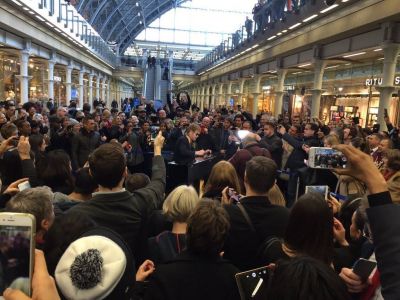 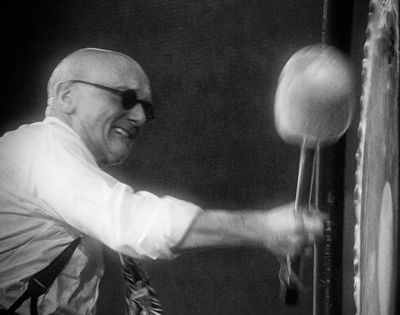